I recently had the chance to watch this movie with Xander, while learning it also had a video game released the following year. So, let’s talk about both. Starting with the movie.

‘A mother desperate to reconnect with her troubled daughter becomes embroiled in the urban legend of a demonic witch.’

You are following, mostly, Jess (she looked so familiar that it drove me nuts, quickly placing Katee Stackoff of Battlestar Galactica) a mother trying to get custody of her daughter after giving her up. Chloe, said daughter, wants nothing to do with her mother. Fast forward a tad to a night of hanging out with Chole and her boyfriend, Danny, who venture over to Ginger’s house, an old woman who is now dead. Danny talks about the rumor that if you knock twice on her door she will come back from the dead and hunt you down. So, of course, they knock.

Let me just get this out, most horror movies wouldn’t happen if some idiot doesn’t tempt fate, but I’d like to think ‘I’ve survived so far’ because if anyone ever said I was chicken for not doing something that may raise a dead spirit, I’d look at them and tell them to go fuck themselves. I DO NOT mess with that shit. Nope, you can get dragged to hell while I play video games and drink coffee!

Now, back to the movie. Please picture me slow clapping because well fucking done. I loved this movie. There was no slow burn here! You are immediately thrown into it. Real fear, so many jump scares, twists and turns and the predictions were real and I was wrong. I’m almost never wrong in my horror movie predictions so I can tell you how shocked I was when I was wrong. Both Xander and I were sure we knew what was happening only to be laughed at.

The movie was wonderful. The script, the acting, the location, the scares, I loved all of it. Well done, must see, 10/10. 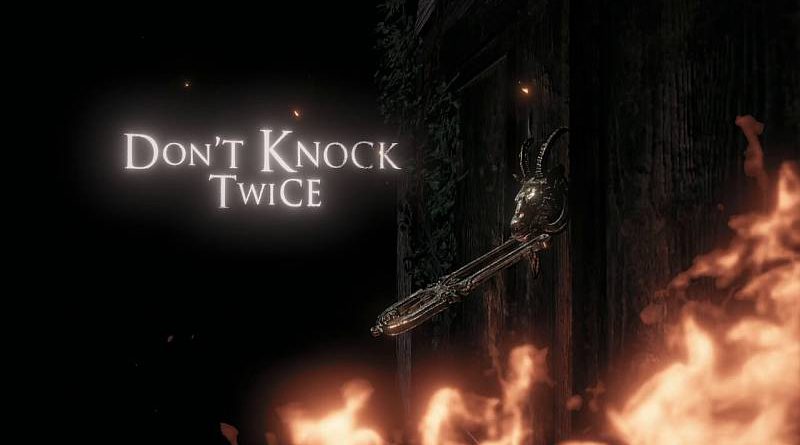 Just watch the movie. I know, I’m sure you were expecting me to say anything else, but I had so many problems with the game.

One, not all VR games translate to non-VR play. It should have stayed a VR game, period.

Two, the game can also be beaten in about an hour. Now that isn’t to say that short games aren’t wonderful, but for the price tag of $19.99 on Steam, I can list several games that will give you more.

Three, the story between Jess and Chloe makes no sense in the game. Had I not seen the movie first, I’d have no idea if you were playing as Jess. I easily could have thought I was playing anyone, except Chloe, who keeps aggressively texting you. The relationship they have, as well as Jess’ past, add to what’s happening, and it felt like a poorly executed afterthought that could easily have been removed and not affected the game at all.

Now, I know some of you are probably thinking, movies aren’t the same as video games. I’m aware, 100% agree with you, not the same thing. However, I feel that a lot was missed in the source material. Or that all of the character stories could have been taken out, added in more lore instead and use more effects from the movie. They also added things that weren’t in the movie at all. I’m sure if I had played the game first I wouldn’t have been so confused and I understand, again, that the game couldn’t have been exact but I feel like we missed out on what could have been an amazing game.