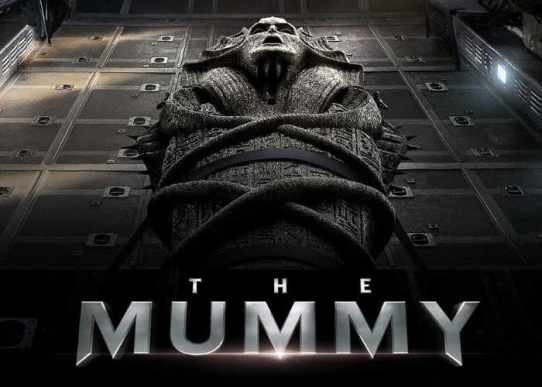 What was it about?

War profiteer and soldier Nick Morton (Cruise) is looking for artifacts to sell on the black market while being stationed in the Middle East. His antics lead his commanding officer to him, and a site of a hidden tomb. Jenny Halsey (Wallis) is a Doctor working with the US military and demands to examine the site. Within the tomb, an ancient mummy has been buried in an odd fashion. Halsey convinces the military to help her transport the Mummy back to London with her. During the flight strange things begin to happen and an evil is set loose.

What did I think?

I really wanted to like The Mummy. It is the first in a number of horror movies that Universal Studios is remaking. The Dark Universe will be bringing all of these remade monsters together with a cool team trying to track, study and contain them. That idea is really promising and, frankly, exciting to me. The Mummy just did not deliver.

I did not care about the main character. At all. Nick Morton is a terrible person at the start of the movie, he is still terrible in the middle of the movie and he is just boring by the end of it. I didn’t care if he was safe or if he reached his goals. Which is a shame because if you are going to have a character set up a big franchise, who viewers will probably be stuck with later, it is a good idea to make them at least a little interesting. Not even necessarily likable, but at least give the man some layers to his personality.

Other characters had potential. I could see Jenny Halsey being more interesting as a recurring bit character, without Nick’s blandness holding her back, in future movies. Doctor Jekyll, yes THAT Doctor Jekyll, was very well played by Russell Crowe. His character and the organization he heads are both saving graces for the story.

The Mummy herself (Boutella) was a fascinating character. I enjoyed her effects. I just didn’t understand her and Nick at all. Her story seemed to take a backseat to his shenanigans a lot of the time instead of showcasing a great villain. They had no chemistry. In short, The Mummy was pushed back in her own movie for a boring man to just make poor life choices. Can we finally stop Hollywood from believing that we want our heroes to be wrecking balls who don’t seem to care about anyone around them except for sexual purposes?

Seriously, though. Why was Nick so important again? We had a cool organization and an awesome Mummy to play with. Honestly, Hollywood, we could have had it all.

I also was a little… okay more than a little… off put by a few big mistakes about Egyptian mythology in the movie. There are fact checkers in Hollywood. Did The Mummy even have one? It was difficult to take a universe seriously when the building blocks are not there. Particularly when misinformation keeps being thrown at the audience.

The Mummy is also just not a strong horror movie. The themes were there, but it just did not deliver. Again, because I think that too much of the focus was on the wrong character. It was like the movie was reaching for something great, but then Nick would come on screen and it would just give up. The scenes that focused on the Mummy were good. I even jumped at one of the jump scares. However, one jump scare does not a horror movie make.

Would I recommend it?

It kills me to say this because I want the larger project of the Dark Universe to succeed, but no. There were a few laughs. A couple scares. Even with a fascinating premise, The Mummy just fell flat in the end.

I will say this, though. I think there is great potential for the greater universe that is being created. If they can tighten up their storytelling and focus more on the monsters, the rest of these films could be a fun ride for horror fans. Just not The Mummy.

One thought on “The Mummy (Movie)”