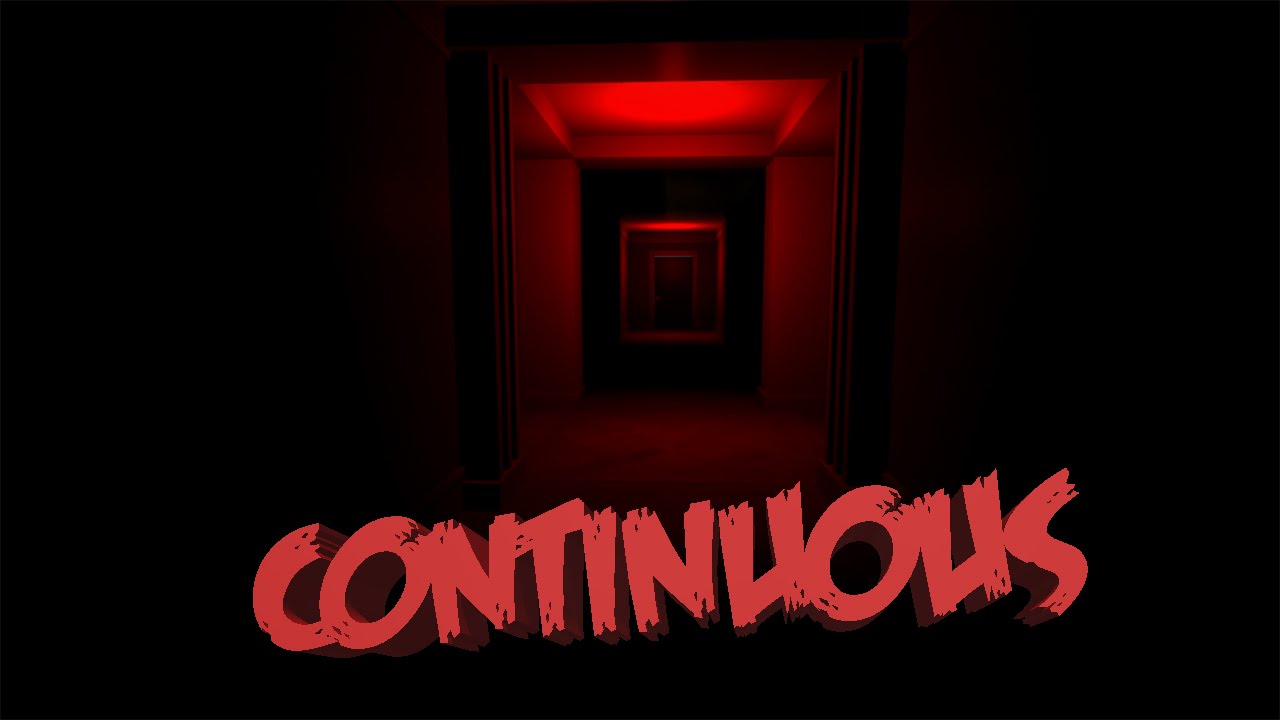 I was impressed by the graphics. They were better than I expected them to be in Continuous. The hallway was pleasant and looked like any hallway in any home with paintings on the wall. The hallway light flashes as you pass. The hall has a nursery, a storage room and a bathroom. You obviously don’t access all of these rooms immediately. The last door leads into the hallway again.

This game is much less puzzles and much more anticipation. Lots of sounds, red lights, black outs. Of course, there is a creepy baby crying and no baby to be seen. It has zero story and what I can only assume is the end is… well, it’s a guess that it’s the end of the game.

I think it was fairly awesome. It screws with you a lot, which is the point of horror games. If I understand correctly, this is their first attempt at a game and it was well done and part of a process.
Continuously

The second installment was much different. This time, you have a stairwell for what looks like an office building of some sort. The graphics felt about the same, however this time there was a story to follow… sort of.

The story explains that a young girl was seen going into this room (I assume the room on the second floor) and was found dead with no explanation as to what may have killed her. They didn’t say how she died either, so I have to assume it was messy. The only thing out of place was a dark shadow near the windows.

The only thing I came away confused about was the whole lamp thing. “I just wanted to buy a lamp to brighten up his room.” This makes no sense in the story of what’s going on and seems kind of thrown in last minute to explain all the lamps you keep running into. You can only assume that “his” is a reference to the thing trying to kill you, but it’s never made clear.

Honestly, if I could combine both the games into one, I think it would be pretty solid. I enjoyed the area of the first one much more, but loved the fact that the second one actually had a story and, better yet, actually had an ending.

I would like to see what more they have to offer in the future. The improvement from one game to the next was impressive and obviously showed advancement. I hope this turns out to be a trilogy. It would be awesome to see if these two games were linked in some way.

Both games did what they were made to do: kept you at the edge of your seat and made you reluctantly continue, hesitating at every turn.

This is definitely worth playing.